“The momentum for our campaign continues to grow stronger and stronger, and we couldn’t be prouder to have the support of President Donald J. Trump. He has delivered on promise after promise for our country — a booming economy, more jobs, secure borders, protecting life, fighting to lower prescription drug prices — and I’ll be there every step of the way to help him continue this work and to improve the lives of all Montanans as your next U.S. Congressman.” 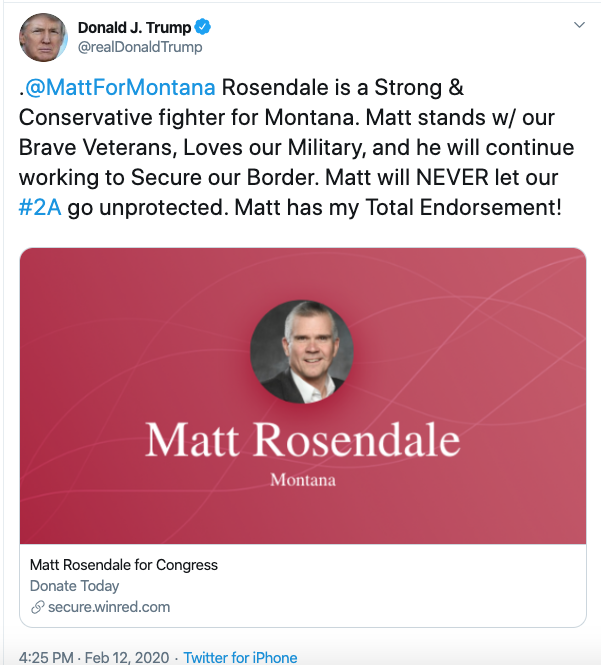