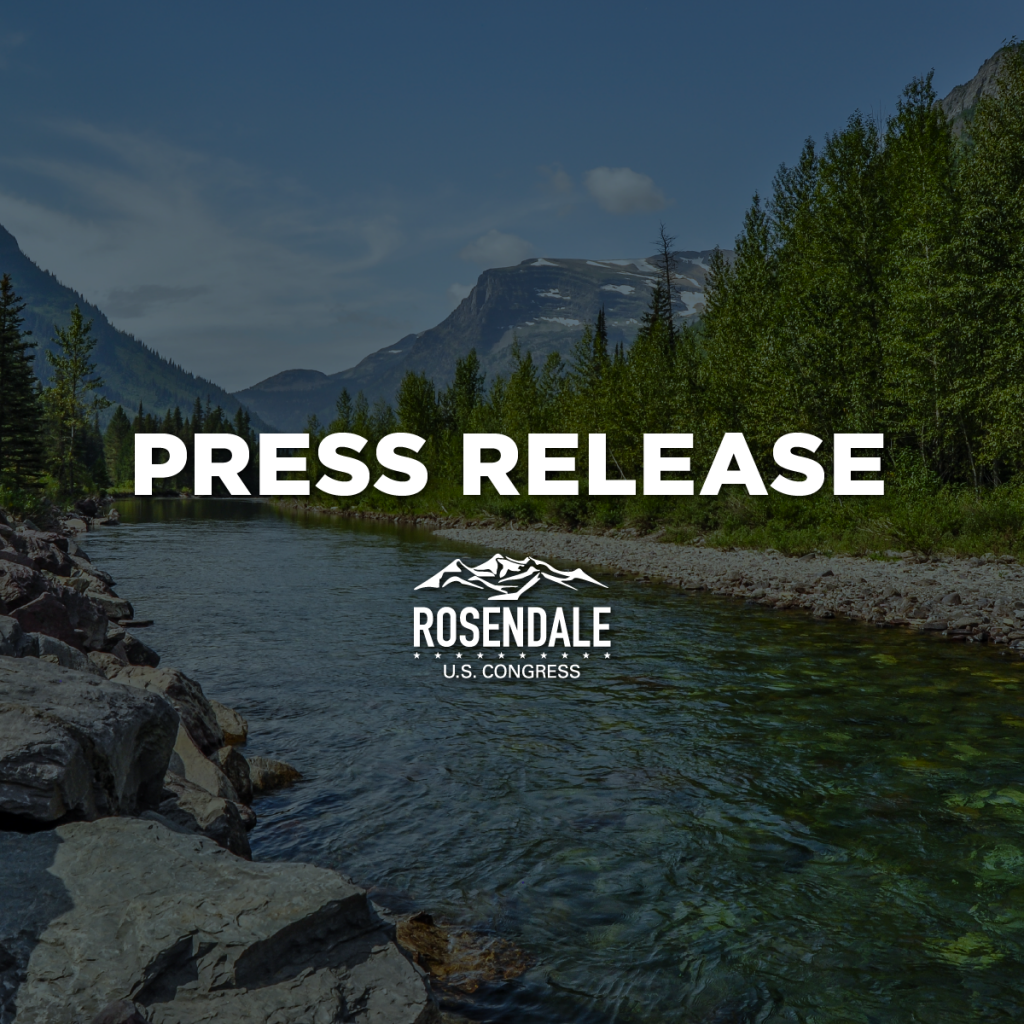 “I am honored and humbled to have such strong support across Montana and around the country,” said Rosendale. “My commitment to serving the people of Montana has never been stronger. As your Congressman, I pledge to always listen, to represent our Montana values and to always defend our way of life.”

Rosendale added, “We clearly have momentum on our side, but to win, a candidate must also have a strong network of support. Today, I am proud to announce that three of President Trump’s closest allies in the U.S. House of Representatives have endorsed our campaign for Congress: House Minority Leader Kevin McCarthy, Rep. Mark Meadows, and Rep. Jim Jordan. These three leaders are the front line of defense between President Trump and Nancy Pelosi’s impeachment hungry radicals. I am honored to have earned their support.”

Quote from House Minority Leader Kevin McCarthy:
“Matt Rosendale has proven his effectiveness as a conservative leader who puts Montana first. In Big Sky Country he is doing the hard work to build a winning campaign. In Congress he will stand with conservatives to stop the socialist surge in Washington, advance President Trump’s agenda, and Keep America Great.”

Quote from Rep. Jim Jordan:
“Matt Rosendale is a tireless fighter for freedom and liberty, a principled conservative focused on delivering results for Montanans and reducing government overreach.”

Quote from Rep. Mark Meadows:
“I’ve grown to know Matt and one thing is clear: He is a true advocate for Montana. From taking on the high cost of prescription drugs to expanding access and lowering costs for health care to reducing government waste, Matt’s exactly who you want working for you back in Washington, D.C. If he can produce these types of results in Montana, then I’m confident he’ll do the same in Washington. I’m proud to support Matt Rosendale to be Montana’s next Congressman.”